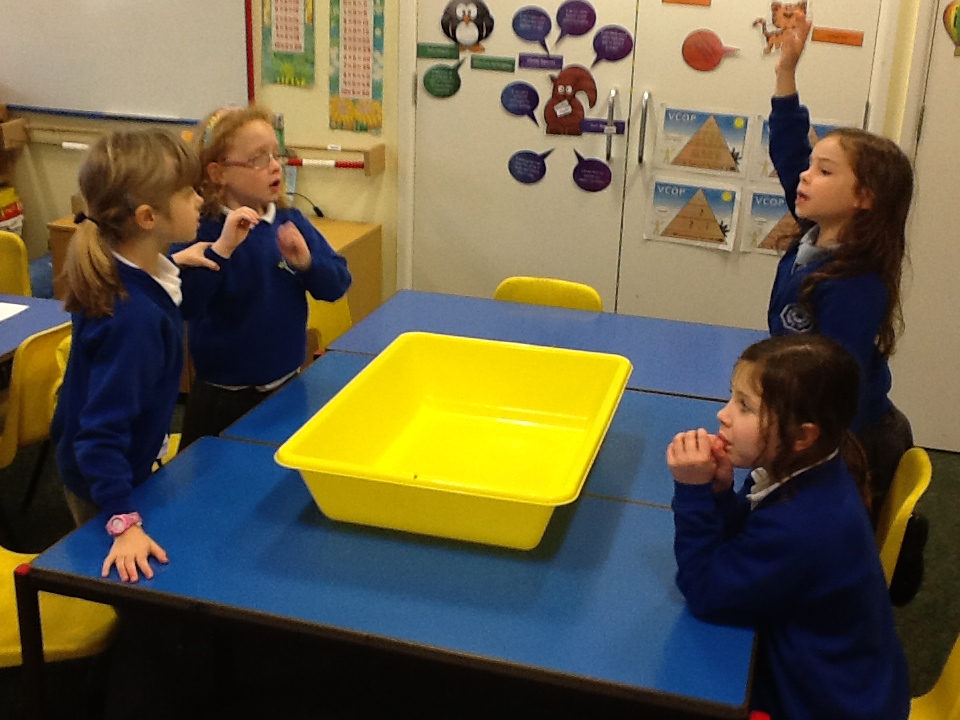 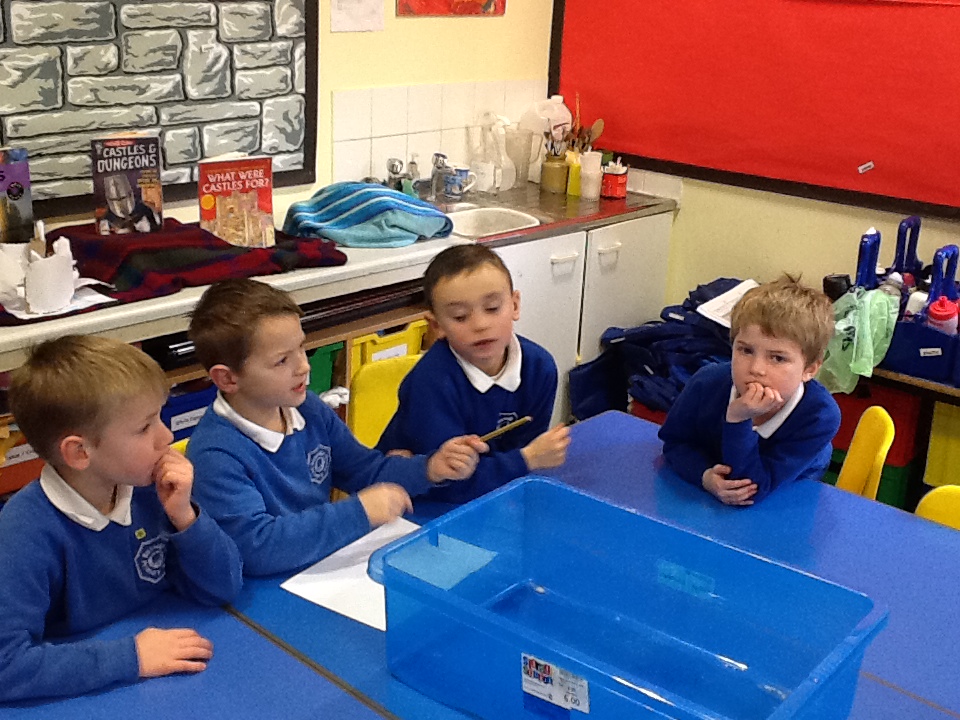 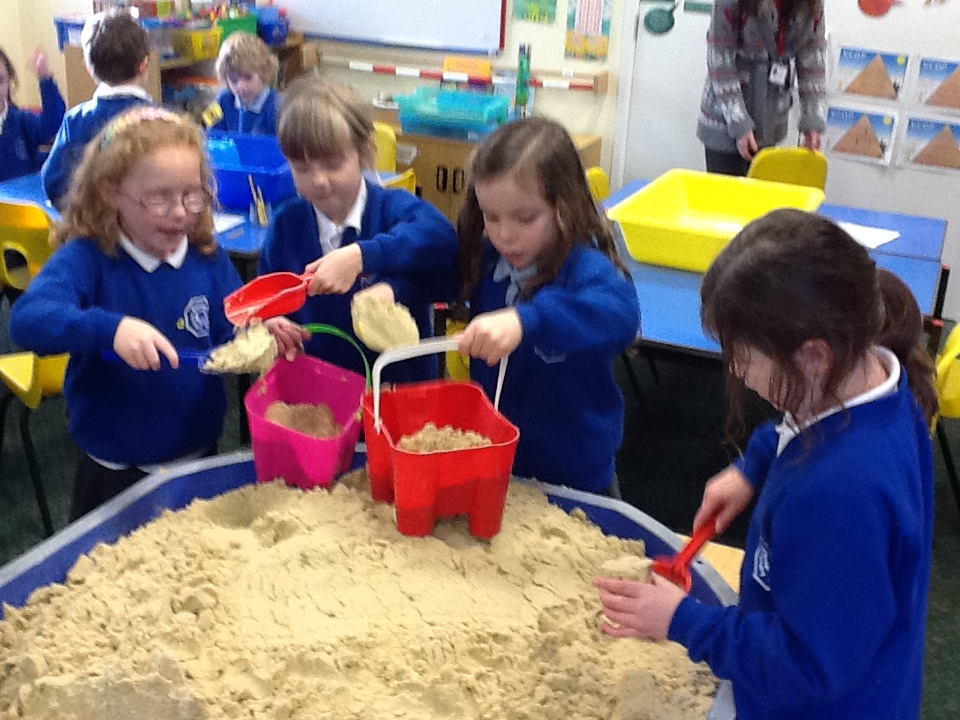 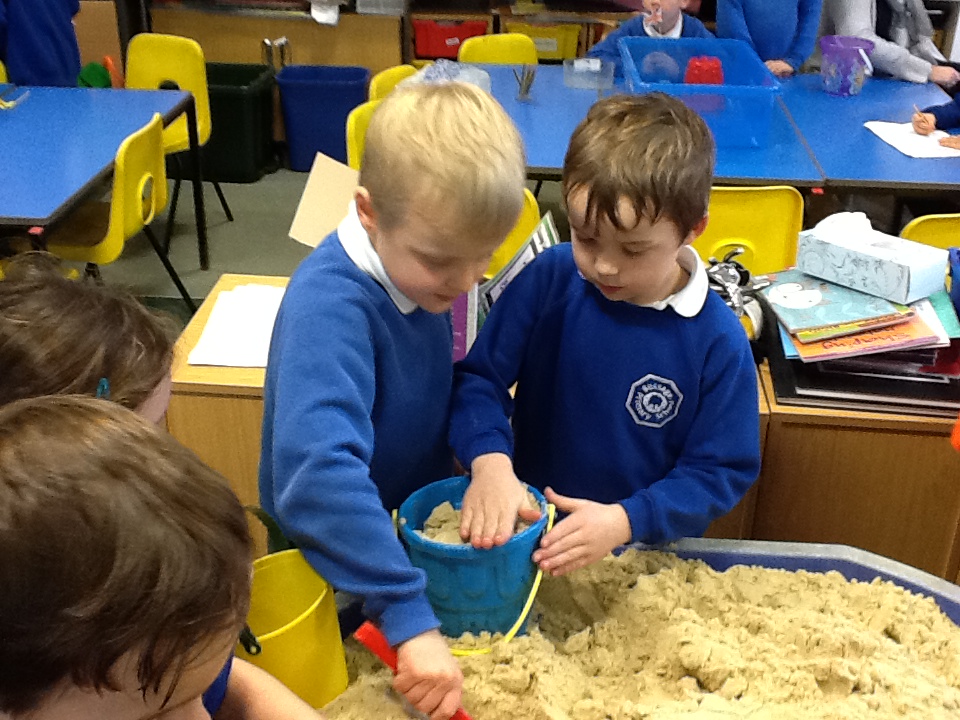 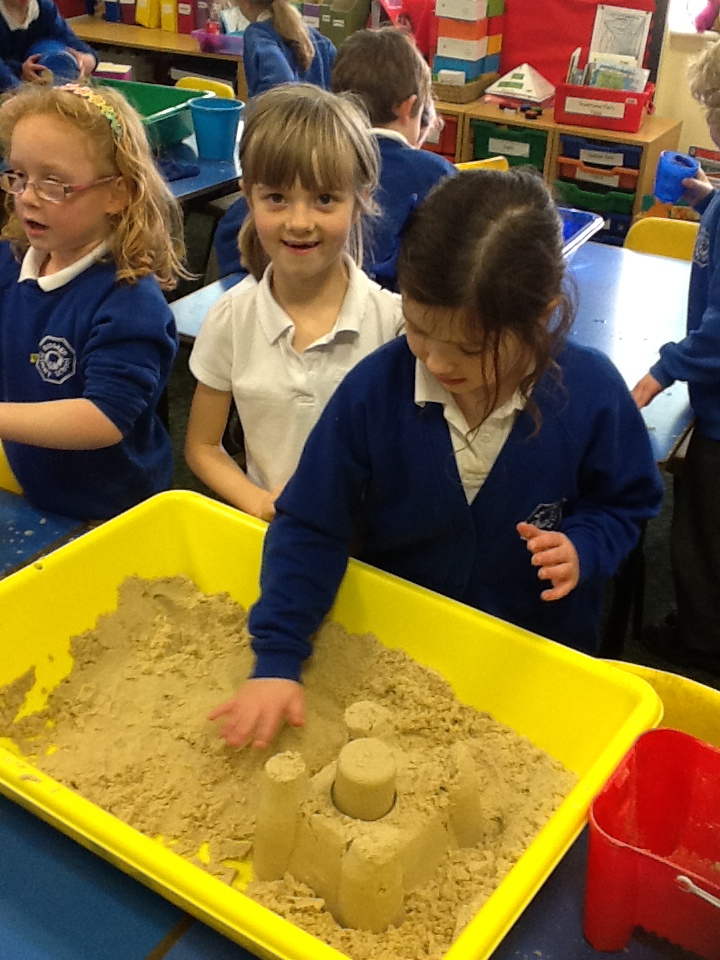 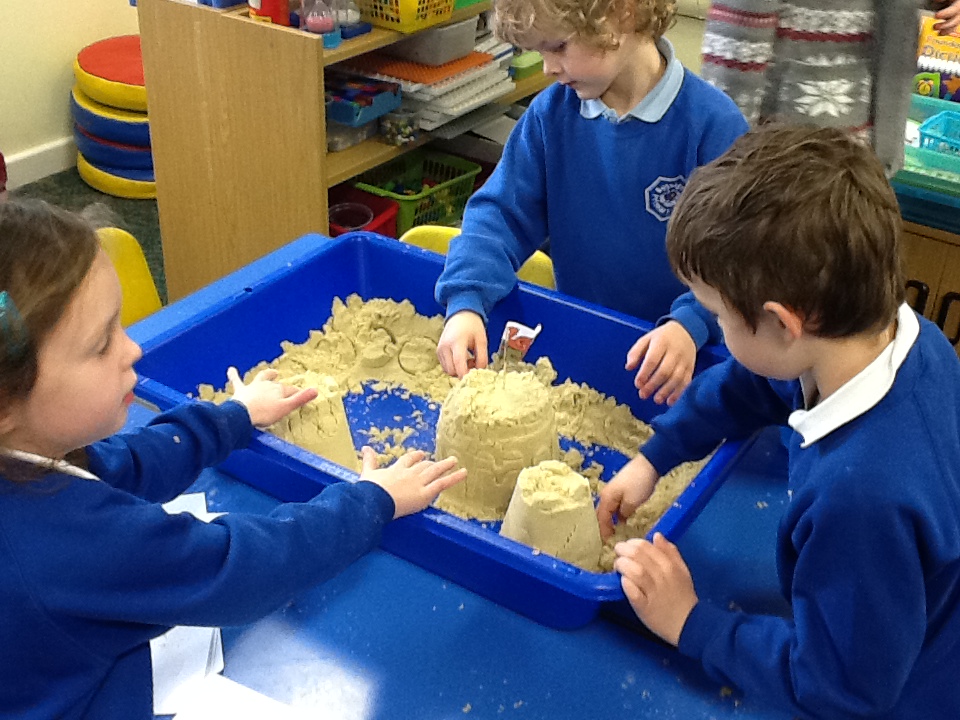 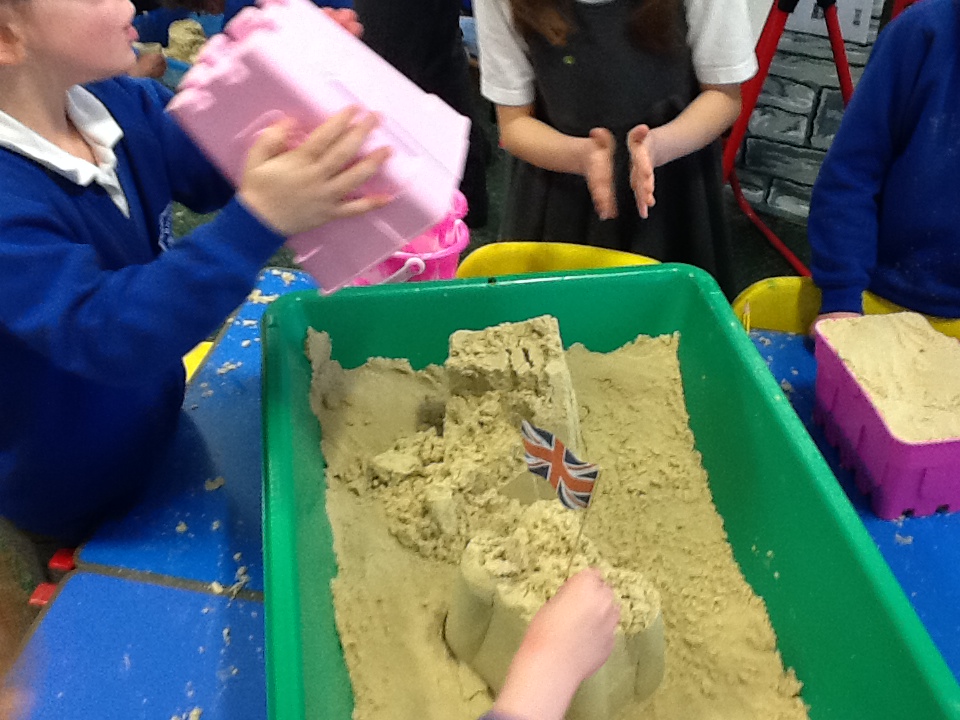 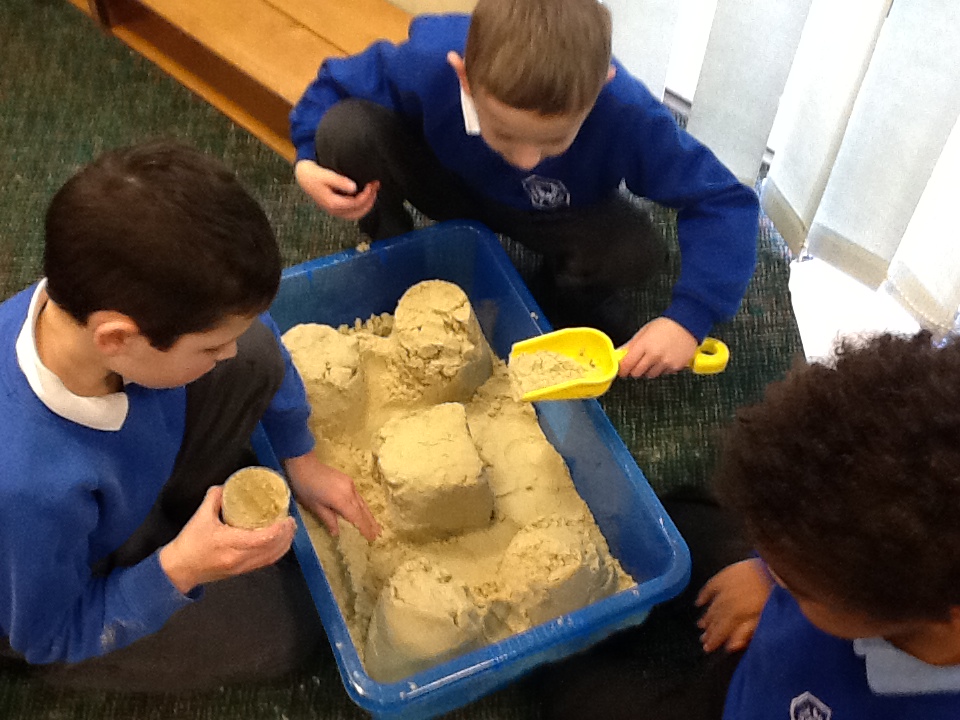 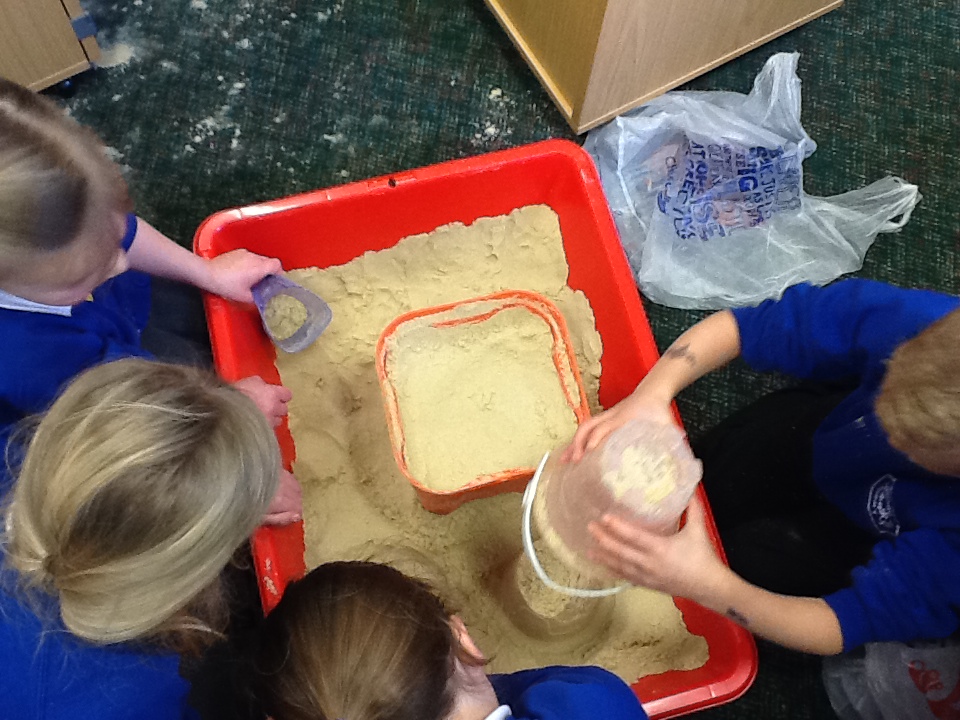 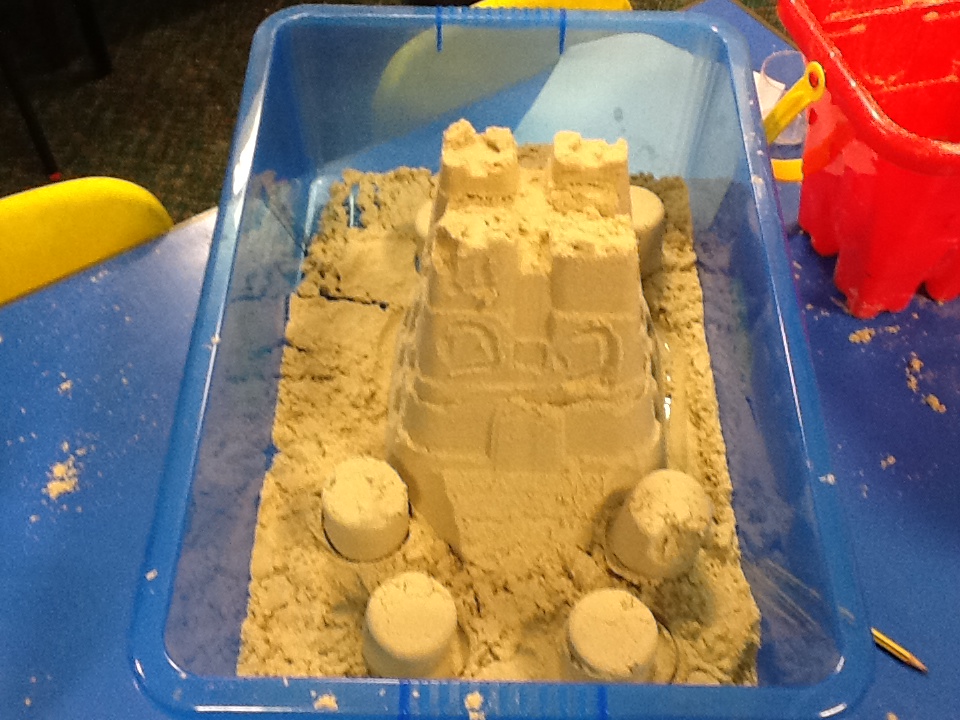 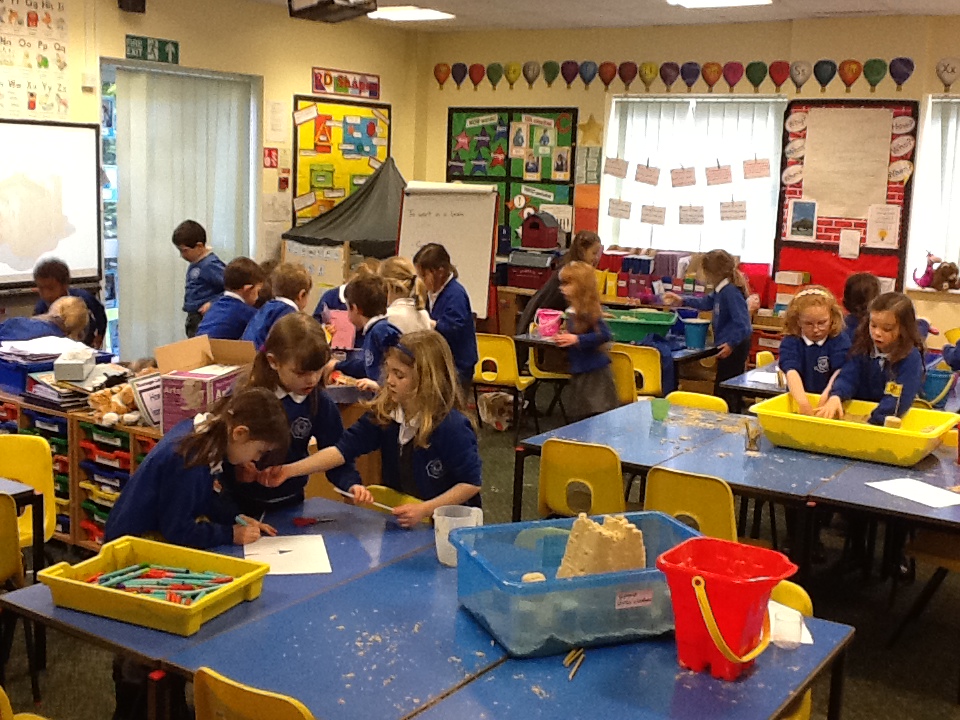 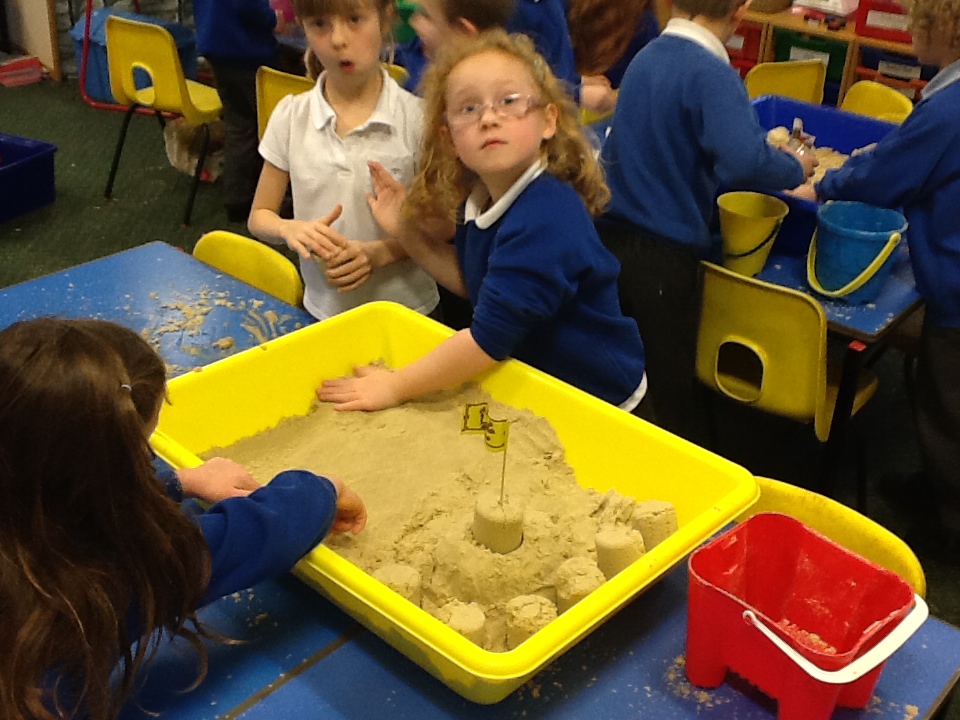 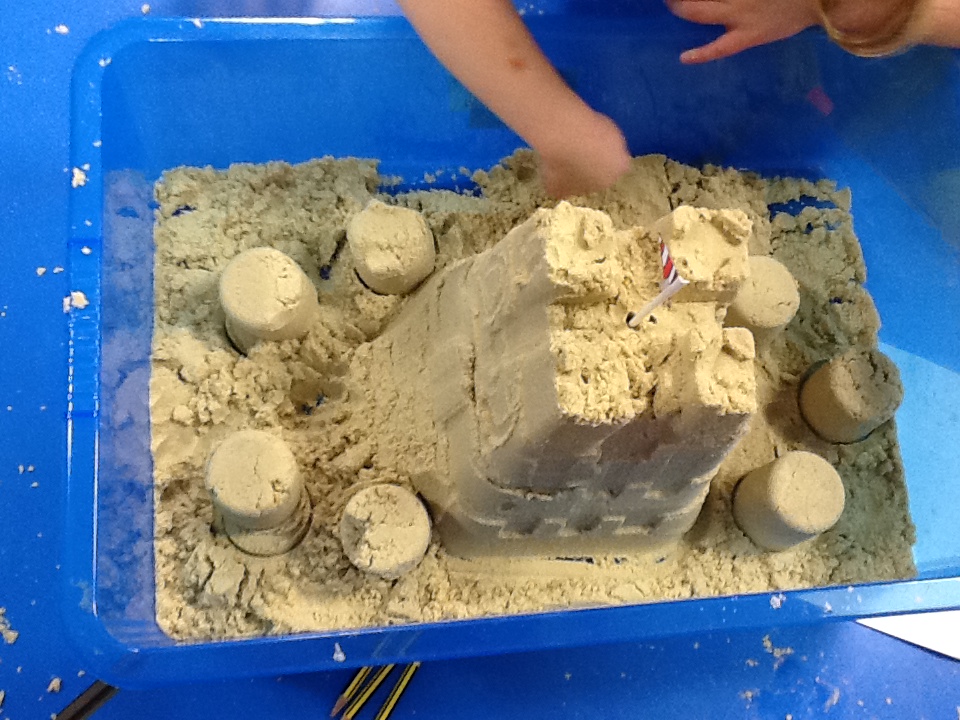 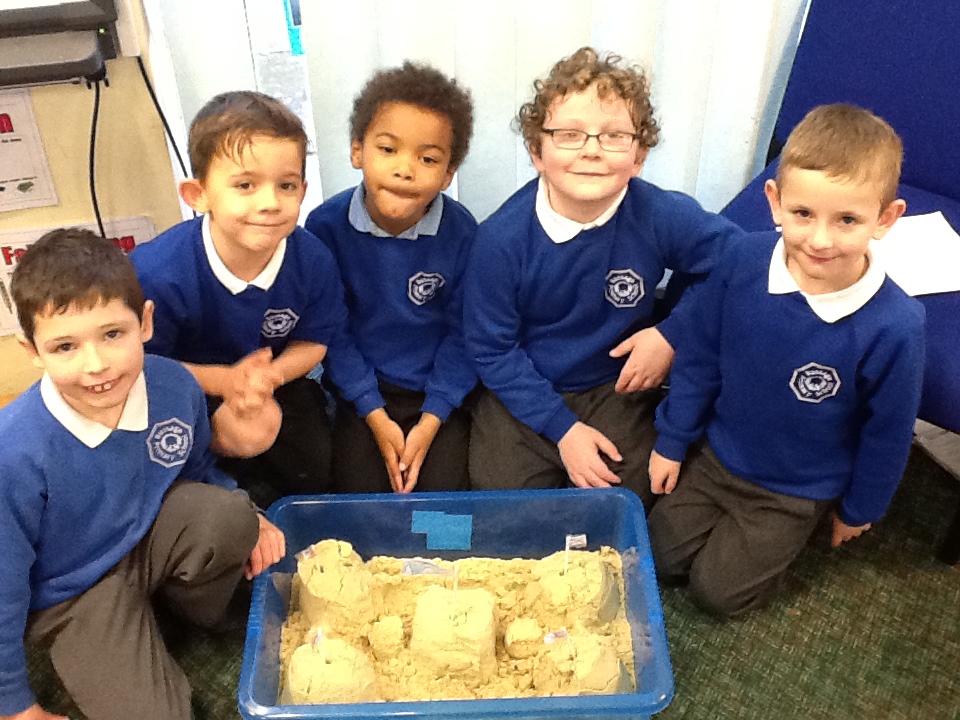 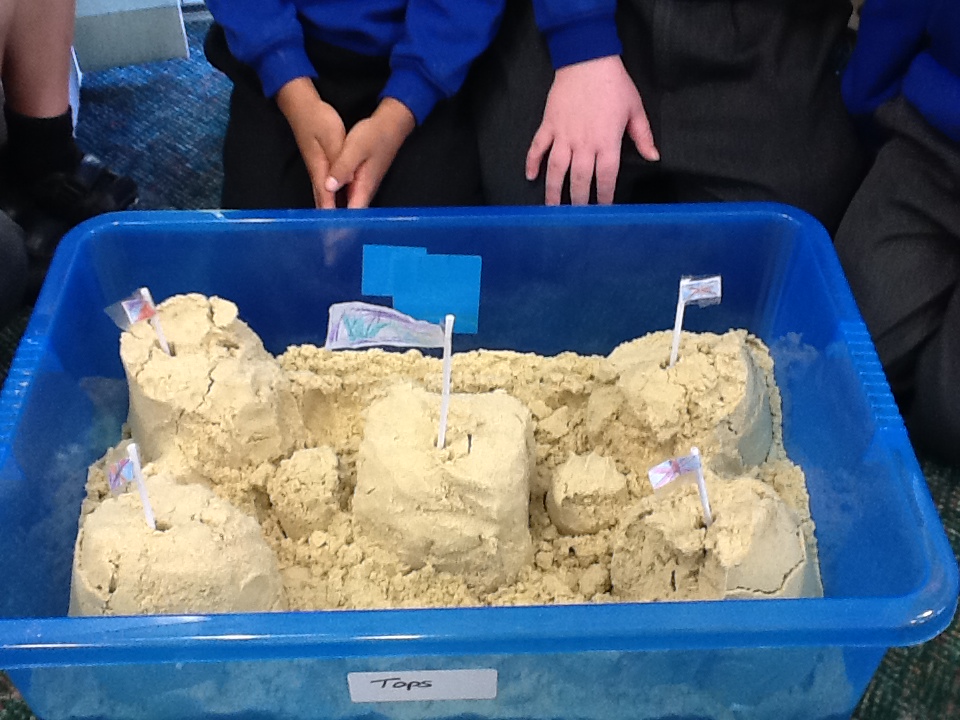 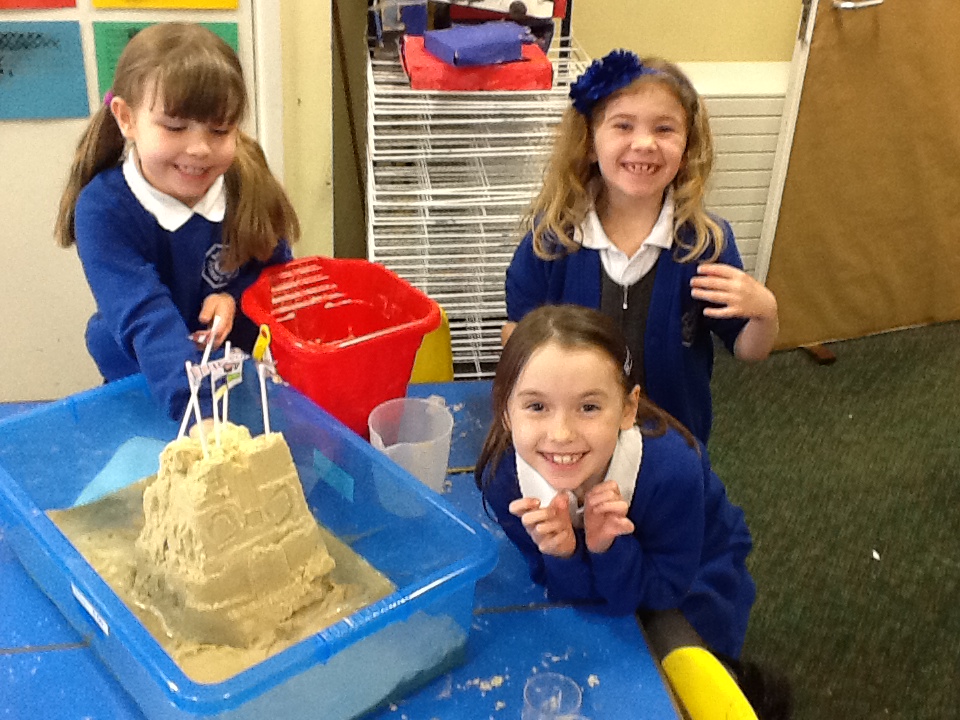 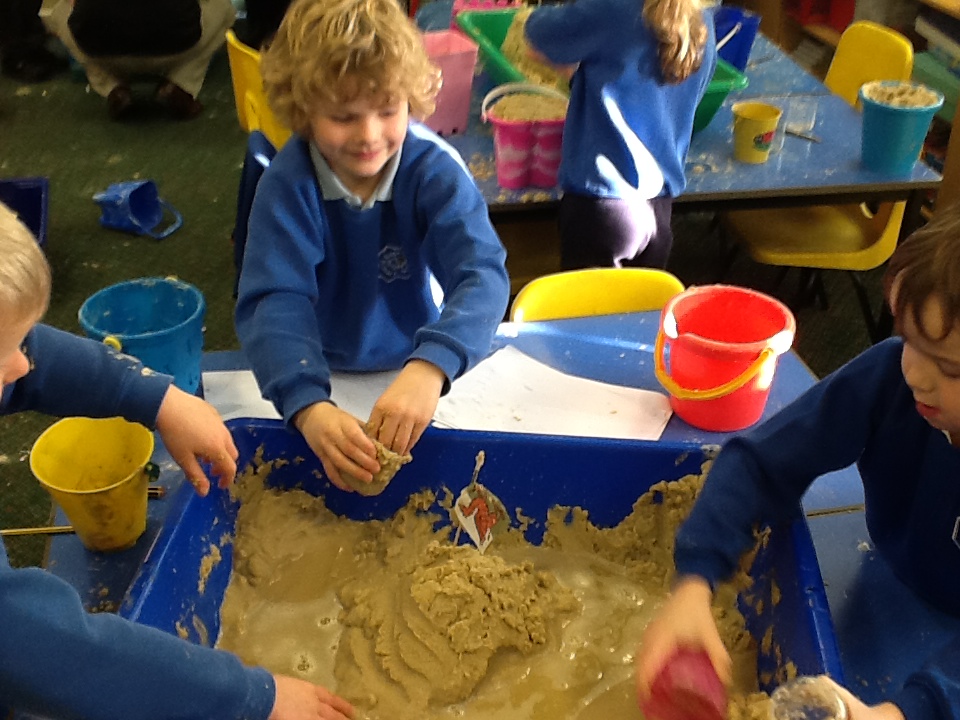 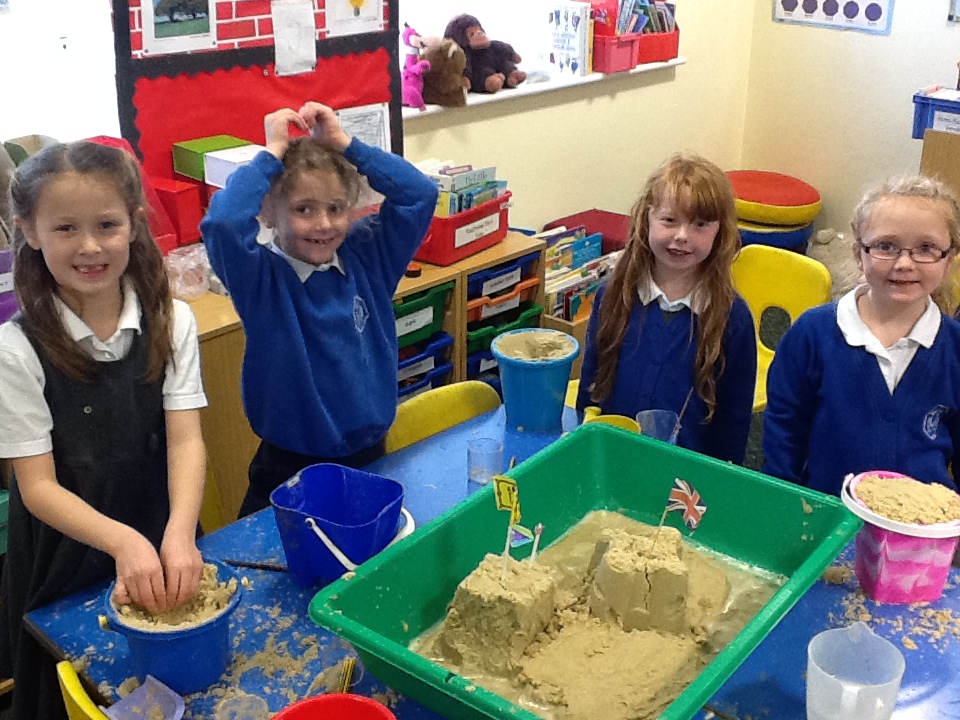 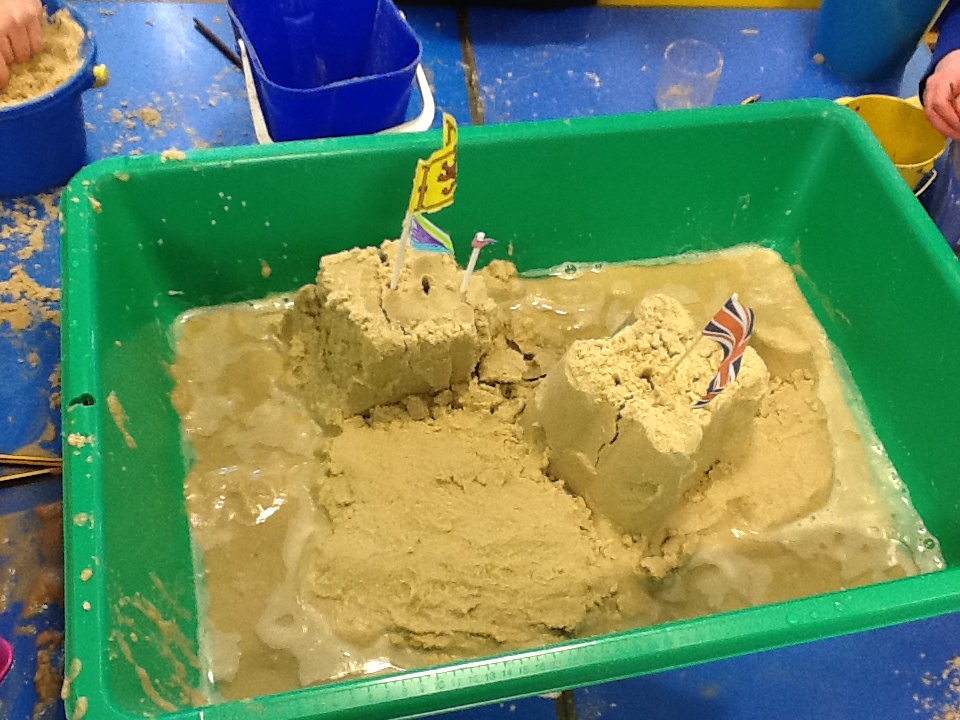 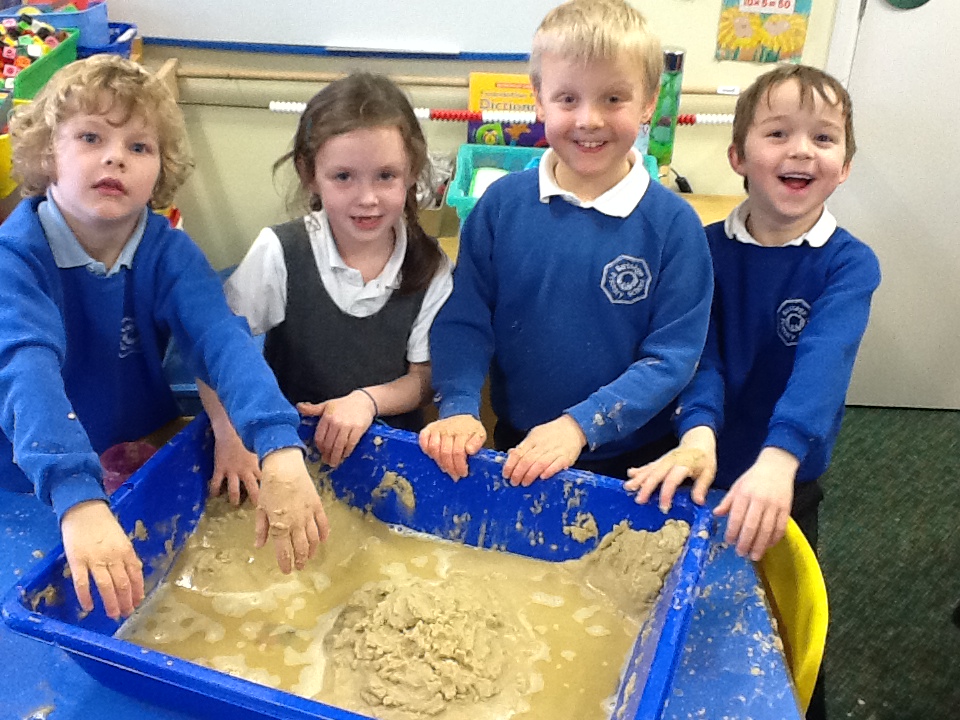 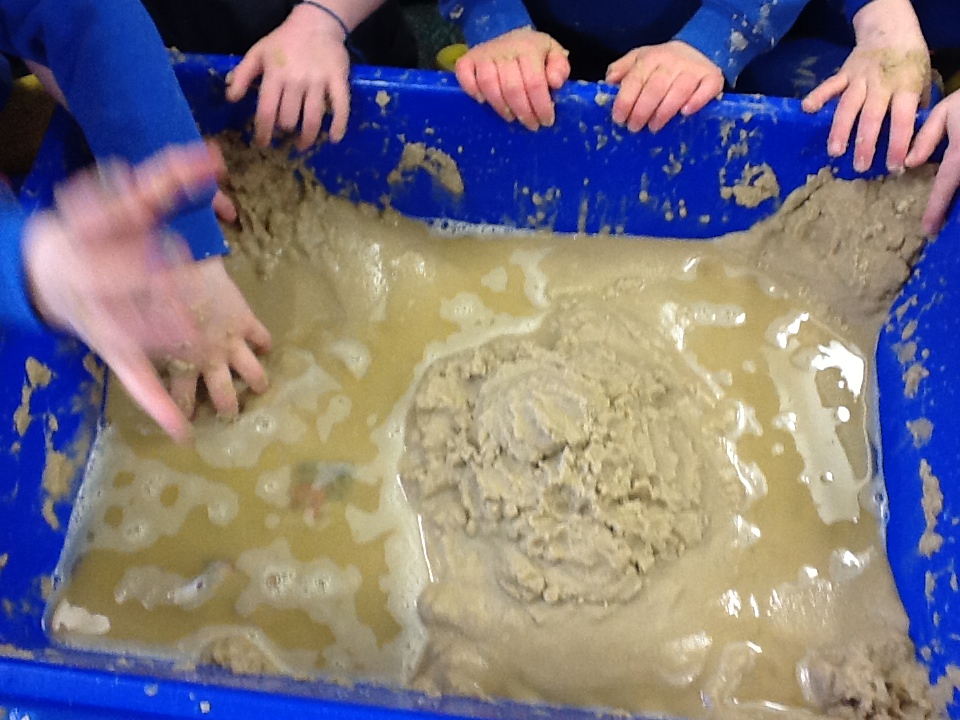 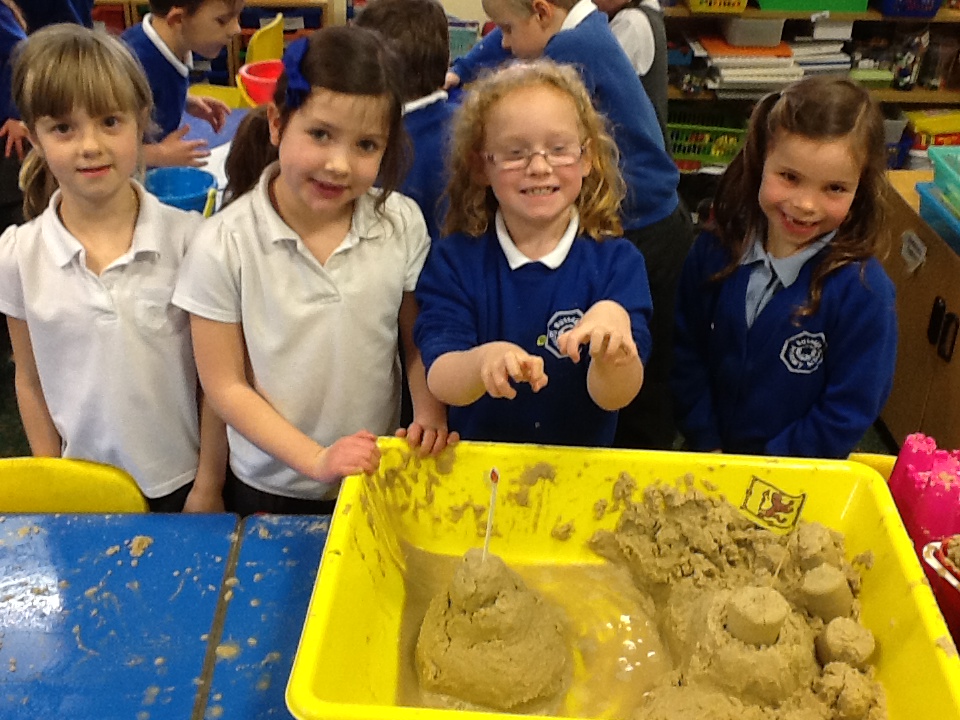 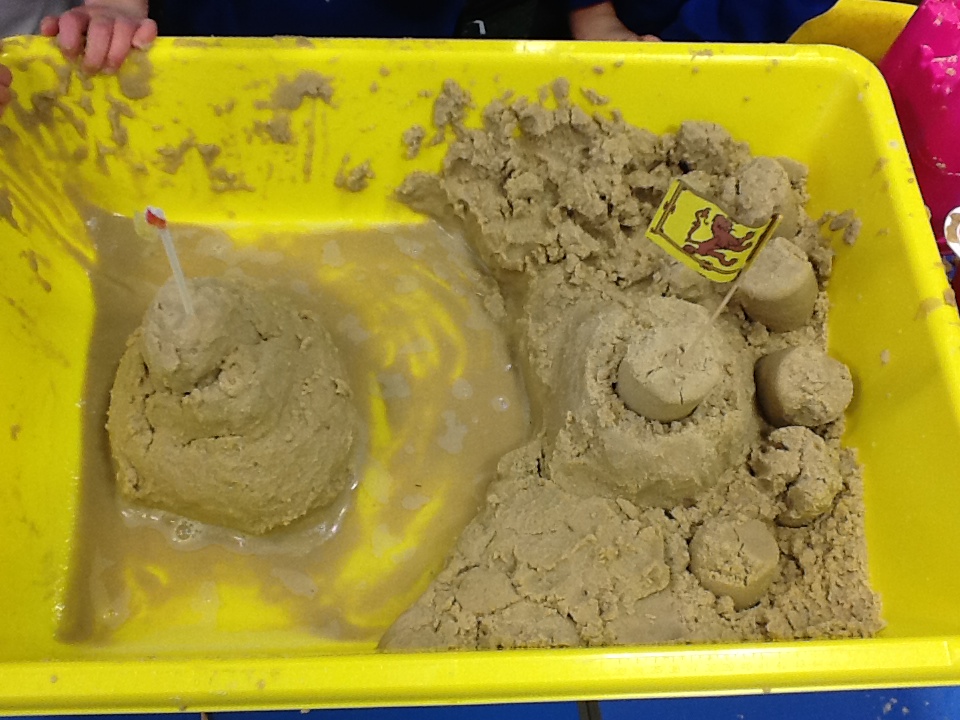 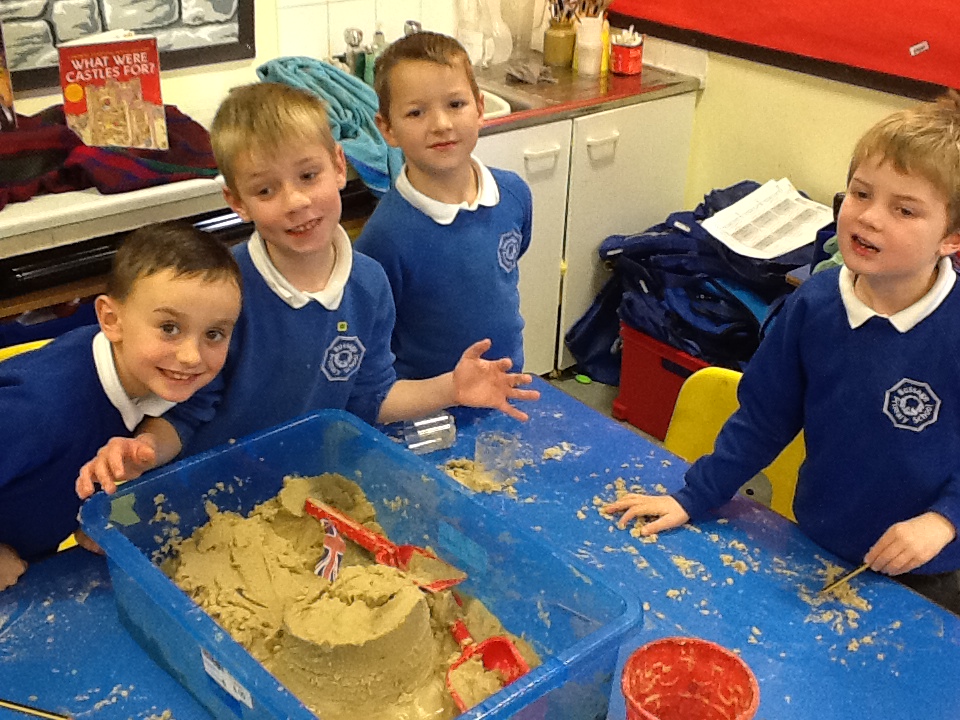 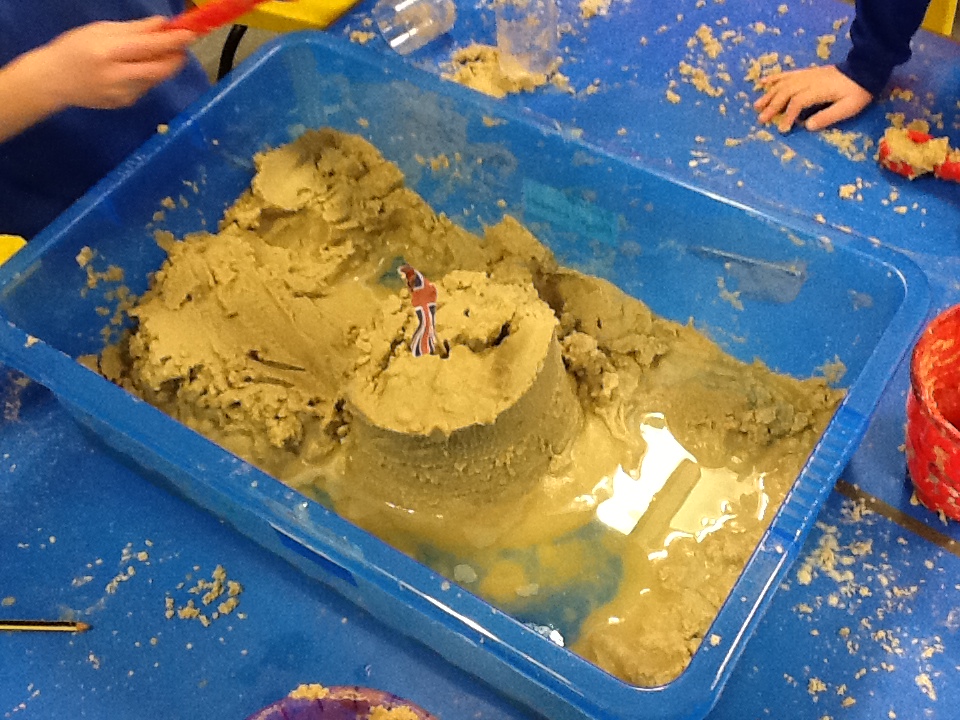 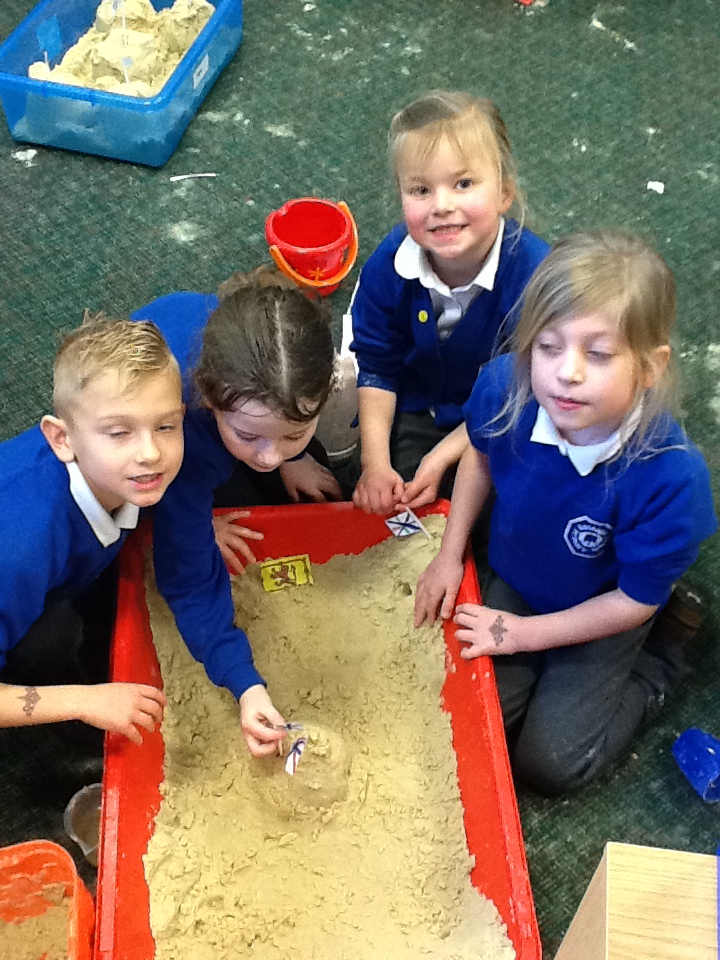 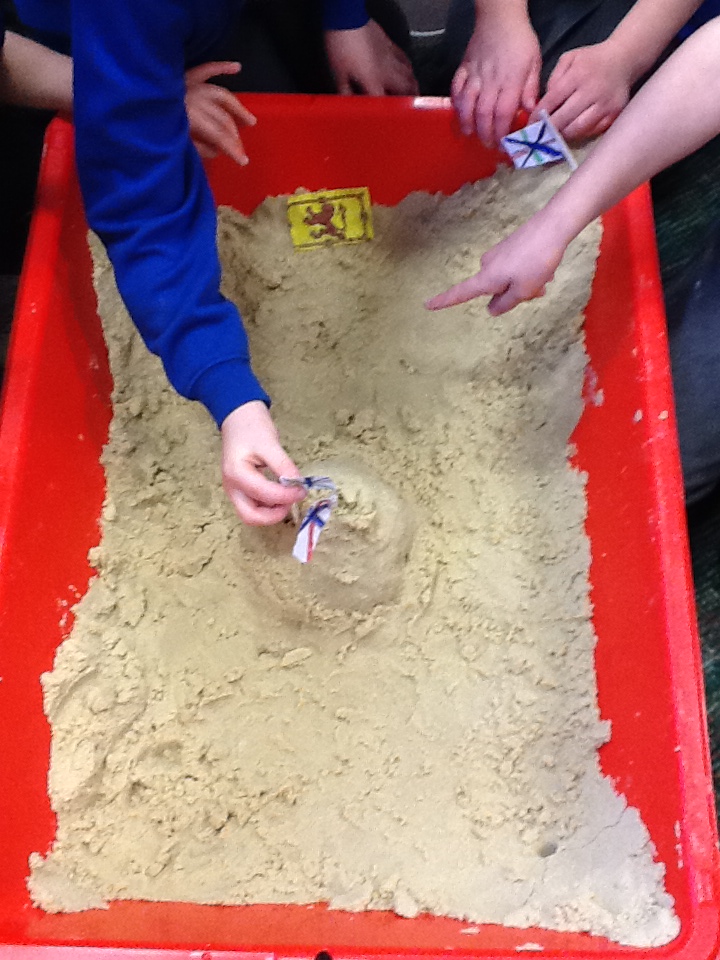 For our WOW experience in the Spring Term, we designed and created our very own ‘Sandcastles’!

The children first had to get themselves into teams of four or five. They then decided on which roles they were going to take on – eg, chief designer, builder, team leader and so on.

Once they were organised, they worked together to share ideas for a castle design and drew this onto paper. Then the most exciting part happened……. the actual making of the sandcastles!

The children brought in buckets and spades and used these to collect sand and water to bring their designs to life, with towers, turrets and even moats! They also made flags to personalise their castles.

We not only learnt about the different parts and shapes of castles, but also that using too much water (when attempting to make a moat) can cause sandcastles to collapse quite drastically!!!!

Overall, it was a fantastic, team building afternoon!