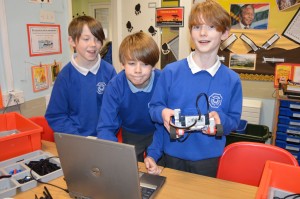 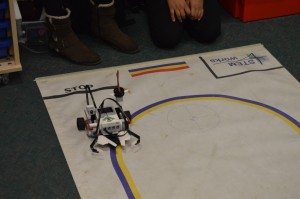 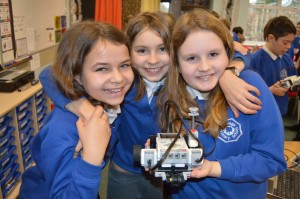 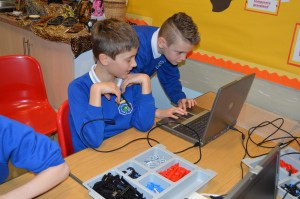 For a whole day, Class 6 were joined by Mr Kettle from STEMWORKS as well as an apprentice engineer from Renishaw. The children were organised into groups then set the task of building a robot using the kits provided.

They then had to use their coding skills to programme it to perform set of tasks. Each team was awarded points for their accuracy of task completion, with the winners of the entire day being invited to visit Renishaw later in the year!

The children co-operated brilliantly using the full range of their Bussage Learning Powers! It was fantastic to watch their skills develop throughout the day – most notable was their perseverance and resilience towards improving their programming when their first attempts didn’t achieve the task. 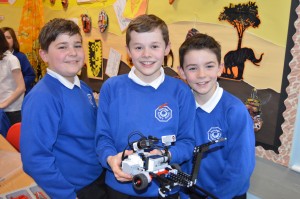 Later on in the day Mr Kettle showed the children his very special child-sized robot: the children loved it, giving it instructions and even leading it by the hand, taking it for a walk! 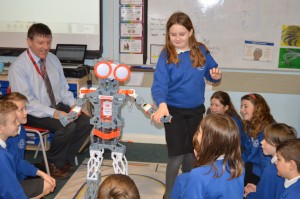 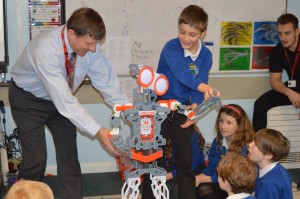 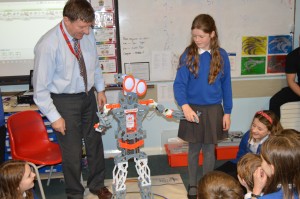 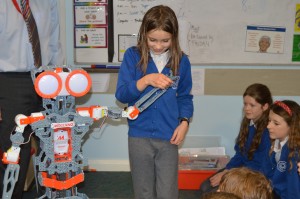