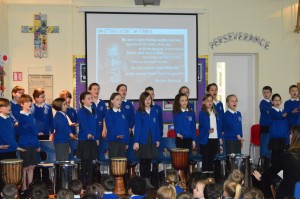 In African countries, music forms a strong part of their culture. Throughout the ‘Hakuna Matata’ theme, Class 5 & 6 worked hard to learn a range of songs from a variety of African countries: Ghana, Congo and Nigeria.

‘Si Si Si’ is a welcome song from the Congo, which we used to begin our performance. In the middle section it splits into two parts. 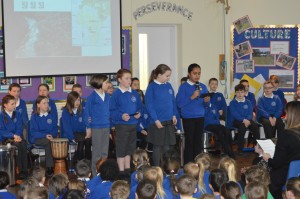 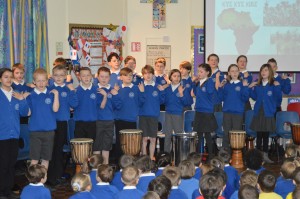 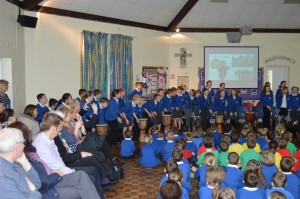 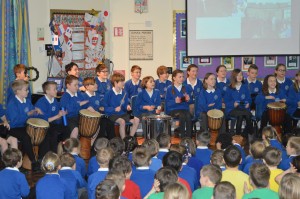 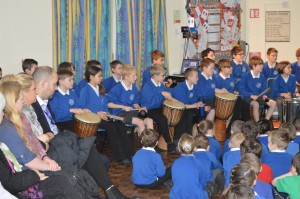 Mr Jones came back for the assembly, he helped us to perform some of the drumming activities we had practised when we did our workshops – Class 5 & 6 all played together fantastically – 61 musicians at the same time playing a mixture of djembe drums, shakers, wood blocks and metal agogos.

Some children led a call and response song –  ‘A Keelie’ –  singing confident solos. This is a song from Ghana. 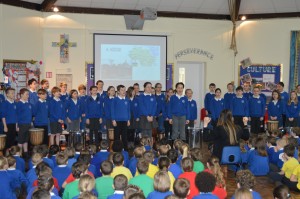 Our finale was ‘Something inside so strong’, a song written by Labi Siffre about apartheid. The children sang it passionately, leaving only a few dry eyes in the house!

Both classes were so pleased that there was such a huge turn out from parents to watch the performance. From the glowing comments received, it is safe to say the children did a fantastic job!