Class 5 were given the challenge of finding out where the word ‘Eureka’ comes from. They discovered that it came from a Greek scientist called Archimedes.

Archimedes was given the task of finding out if the Kings crown was made of pure gold. Archimedes thought about the problem day and night. One day he was about to have his bath, but he was busy thinking. He did not notice that the bathtub was already full to the brim. He slid into the bathtub and immediately a large quantity of water flowed out.  He jumped out of the bathtub, shouting, “Eureka! Eureka!” Eureka in Greek means “I have found it.”

Different metals of the same weight have different volumes. Objects, put in water, will displace water. The displaced water will be equal to their volume.

For example, an iron cube weighing a kilogram will disperse some water. But an aluminium cube of the same weight will displace more water than the iron cube.

Archimedes knew all these theories. Using this as the basic knowledge, Archimedes worked out a plan to find out the purity of the crown.

Archimedes took two bowls. He filled them with water to the brim. Then he placed each bowl separately in the middle of the large vessels. He placed the crown in one bowl. Water overflowed. It collected at the bottom of the outer vessel. Then he took a cube of pure gold. This cube of gold was equal in weight to the crown. He kept this gold cube in the middle of the second bowl. Here also water overflowed. Water got collected at the bottom of the outer bowl.

Archimedes then measured the quantity of water in the two vessels. He found out the difference in the water overflow. The crown had sent out more water. The cube of gold had sent out less water. But both the crown and the gold cube were of the same weight. So, they should have sent out the same quantity of water. Therefore, the crown had some other metals mixed in it. These metals took up more space in the water than pure gold. 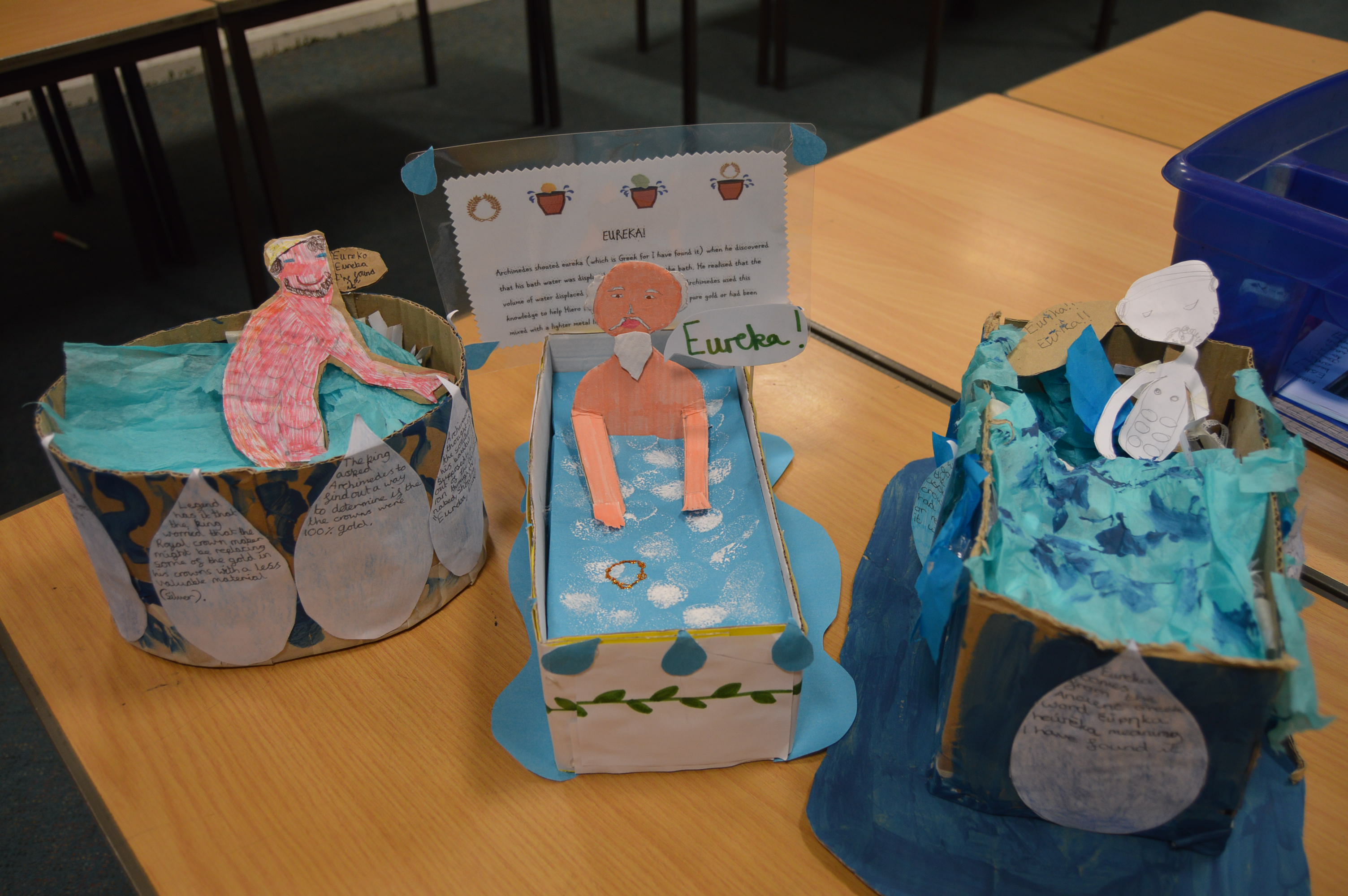 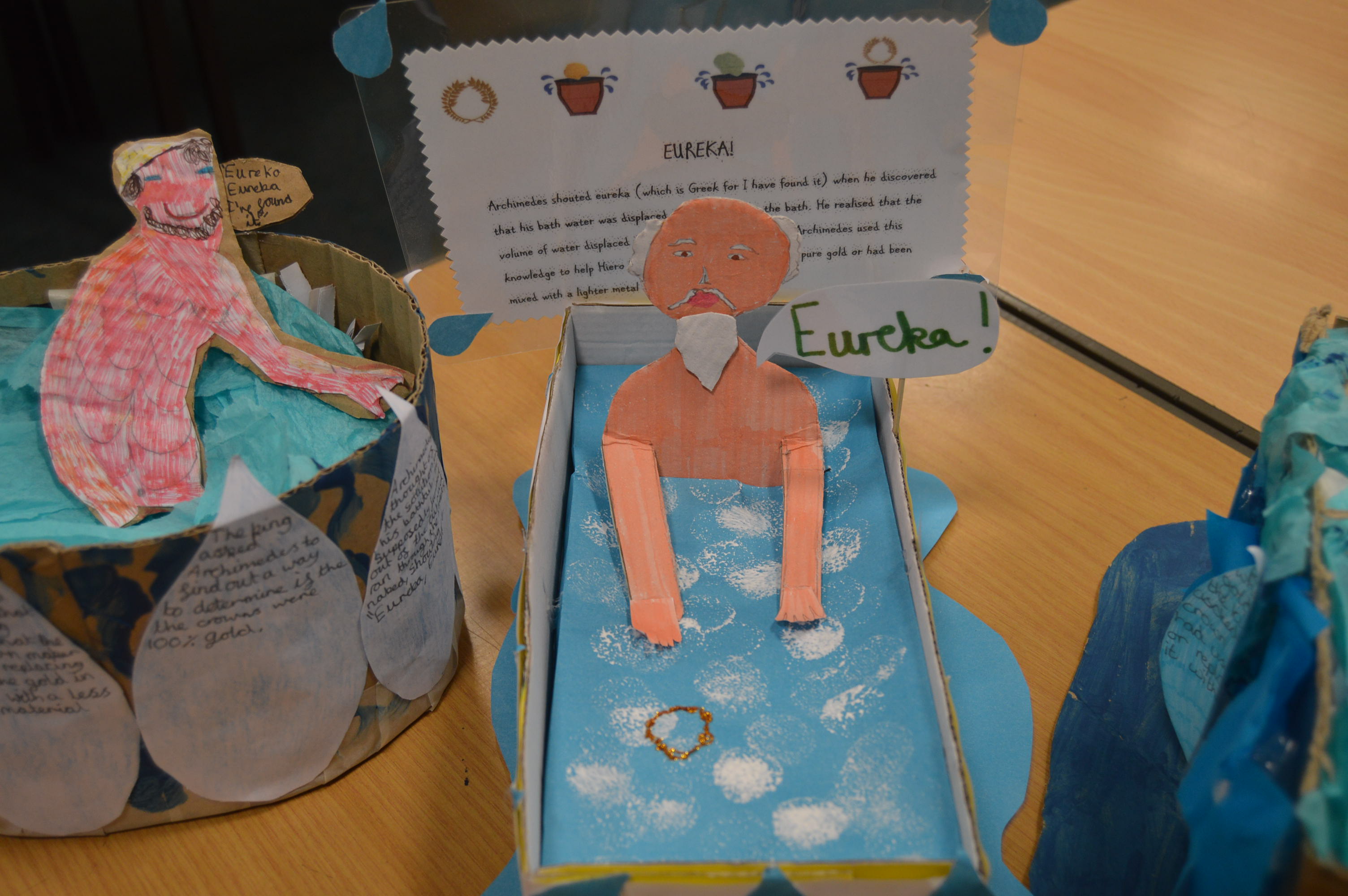